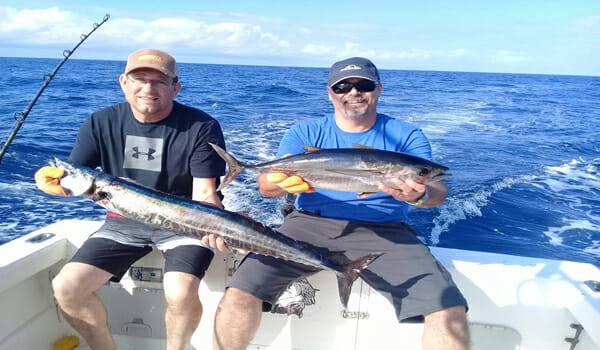 Sport fishing experience of a lifetime
Enjoy The Best Sportsfishing Adventure In The World, Costa Rica one Top Fishing Destination.

We would say that Deep Sea Sportfishing would have to be hands down the number one reason for visiting the Jaco, Costa Rica, at least for Anglers and Sportfishing enthusiasts

Let us be your guide to some of the best sport fishing in the world.

Costa Rica Fishing at it Best

WHAT WE OFFER AT BILL FISHING COSTA RICA

Costa Rica has long been one of the best sportfishing locations in the world for billfish, dorado, yellow fin tuna and roosterfish combined with unspoilt nature attractions and top resorts. 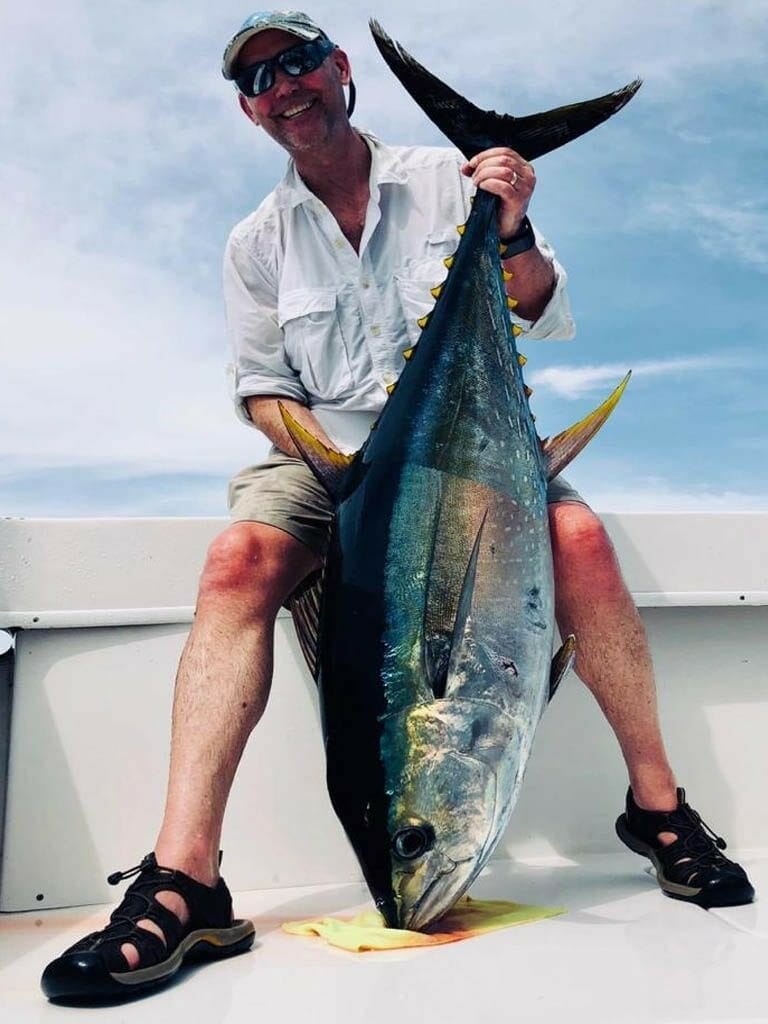 FULL AND HALF DAY FISHING CHARTERS

We will provide hands-on support for your vacation in Herradura, Jaco Los Suenos, whether you want a half-day fishing trip or a longer two or three day charter package. 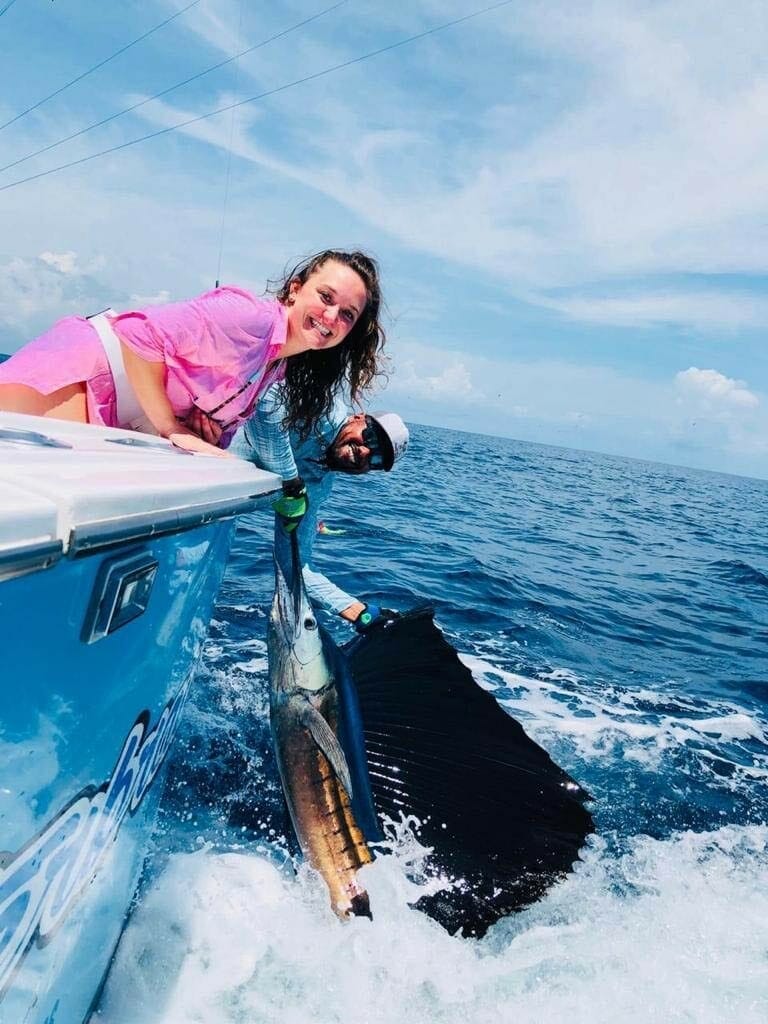 Costa Rica is a wonderful country with amazing wild like a great amount of activities, We can organize and recommend you the best tours in country.
Sport Fishing in Costa Rica

Come join us at one of the top sportfishing destinations in the world. This small country has access to both Pacific Ocean and Caribbean Coast where you will be experiencing the most incredible fishing adventure.

We will prepare a package full of adventure and you only have to experience the thrill of fishing in Costa Rica!

Tarpon. Marlin. Sailfish. Dolphin. Wahoo. Year round. Where else can you get such incredible fishing in such a perfect setting? Costa Rica of course. You won’t be disappointed…

Costa Rica’s waters are home to an abundance of big fish, which lure fisherman from around the world.

Just a few of the species caught in large numbers off the Pacific Coast are sailfish, blue marlin, striped marlin, roosterfish, tuna, and snapper; while in the Caribbean coast, tarpon and snook fishing is unexcelled.

Because Costa Rica’s two oceans are so close, you can actually fish both during your vacation.

Out in the sea, Costa Rica’s Pacific Coast offers outstanding saltwater action, from the Papagayo Gulf, check here for Playas del cocos fishing charters and Flamingo in the north, to Quepos-Manuel Antonio in the mid-Pacific, down to Golfo Dulce in the south. On the other hand, the canals and rivers of the northern Atlantic coast feature world-class snook and tarpon fishing. Billfish are the country’s biggest attractions, with abundant sailfish and marlin off the Pacific coast, but the fishermen also hook plenty of other feisty fighters, such as wahoo and roosterfish.

Though deep sea fishing is the country’s forte, there is also has great freshwater fishing in Lake Arenal and the larger rivers in the Northern Zone, where anglers can fight with the small but ornery guapote, a hump-backed fish also known as the rainbow bass.

Consistent annual water temperatures between 80 and 83 degrees insure that inshore fishing along with the coastline and flats boat fishing the estuaries is good all year. Offshore fishing is available all year, with the months of December through May being best.

From most areas mentioned above, it’s no more than a 12 to 20 mile run to the blue water where most of the billfish action is encountered. The inshore sport includes tuna, roosterfish, wahoo, dorado, jacks, mackerel, cubera, a variety of small snapper species and even snook. The snook can be taken trolling just outside the breaker line of the river months in the area, but are more often fished from shore

Sailfish are best from the middle of December to the end of April when they begin moving north, but the big schools move in October. A few sails always show from June through September.

Tuna are easily found throughout the year along the Pacific coast but are more abundant from June to September. Most are 8- to 12- pounders but you can make catches in the 100- to the 200-pound range as well.

Wahoo is not common around Quepos, but in late summer you can find them on Drake’s Bay and Caño Island, from late June to early August.

Dorado begins with the winter rains late in May that wash debris from the river mouths creating the inshore trash lines that dolphins favor.

Roosterfish are better in the mouths of the Parrita river, outside Damas, and Palo Seco river. Also around Dominical and Drake’s Bay. Best fishing is from June through early September.

Snook are found in many river mouths along the coast, like the Sierpe River and lagoon. Best months are from July through November during the heavy rains season.

Costa Rica offers one of the best sportfishing locations in the world for billfish, dorado, yellow fin tuna and roosterfish combined with superb natural attractions, top-class resorts and all year round water sports.

Sports Fish Costa Rica provide charter fishing packages at two locations: Playa Herradura and Tamarindo, both on the pacific coast of Costa Rica. At the moment we are based at Los Suenos, Herradura, as this is the best time of year for fishing along this part of the coast.

The variety and abundance of fish here will thrill even the most experienced sportfisher. Our spacious, top of the range 36’ Hatteras charter boat is ideal for both offshore and inshore fishing. At Sports Fish Costa Rica we offer a personalized, flexible service specializing in deep-sea family and group fishing packages.

Additional Services
Contact our Sports Fishing Team today through Number or our Fishing Trip Enquiry Form if you should have any questions regarding our Costa Rica fishing packages or any other activity.

Big Game fishing in Herradura is rich in sailfish, yellowfin tuna, dorado and wahoo for starters. Though it tends to be the magnificent marlin that is associated most with Costa Rica and November is a good month to fish for both blue and black marlin with Sports Fish Costa Rica out from Herradura. Based out of Los Suenos Marina, Sports Fish Costa Rica always look for the best deep-sea fishing opportunities along this part of the pacific coast.

You can also do some fishing closer to shore: inshore fishing from Herradura can land local varieties such as the prized roosterfish as well as bonito and cubera snapper. Some of our customers like to avail of a mixed package, where they can do some deep-sea fishing in the morning and later in the afternoon get in some inshore fishing. We can also allow some time for snorkeling on the way back on any of our Costa Rican sportfishing packages. 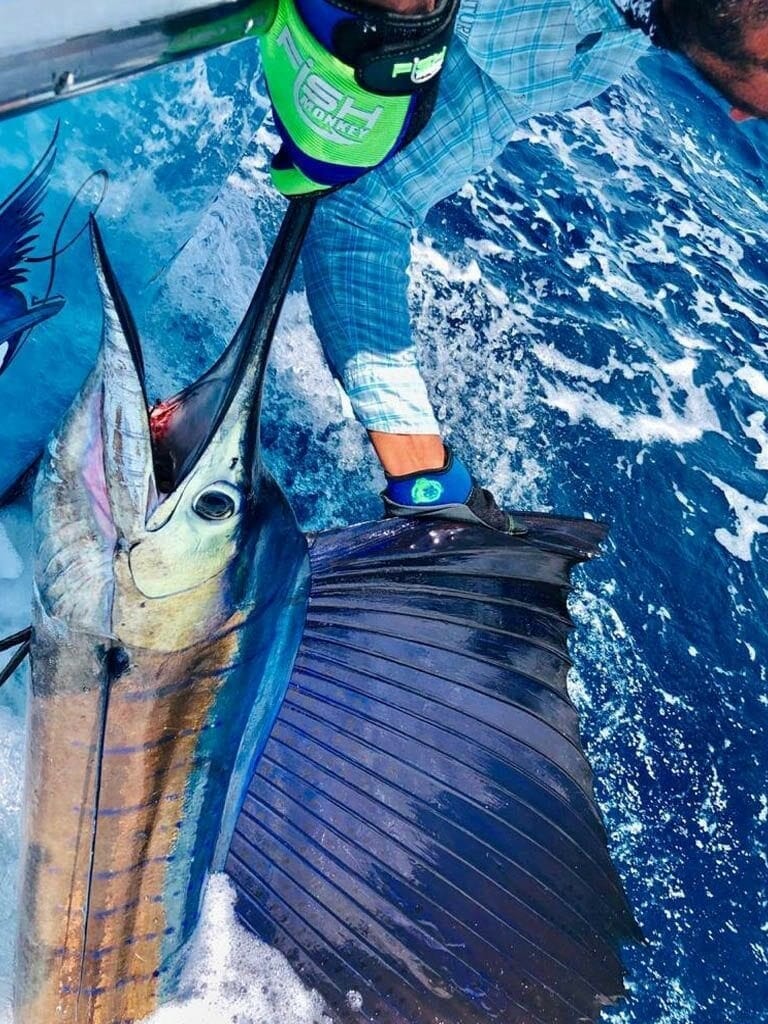 We are a Costa Rican company offering dream fishing vacations to beautiful Costa Rica. Our 10 years experience ensures our clients of a truly carefree fishing trip, and wanting to return again and again. We offer three separate packages for up to sixteen people. Accommodations for larger groups are available.

How many of us wish we could catch a big sailfish or marlin, but have not had the opportunity or expertise? We will make this all possible for even the novice fisherman. Our one week trip to the Pacific Coast of Costa Rica will provide unforgettable memories for all ages.

This Is Why You Should Choose Us

Local Experts
Our team has been making arrangements and for families, single travelers and groups for more than 15 years, so we know where to go and who to go with!

Quality Services
For our experience we only offer to our clients the very best of our service, we carefully selected the charters and tours company as Your Local Jaco hotel Package and condos for you!

Affordable Pricing
Thanks to our years of experience and local tourism we know where to look for the best prices for you! 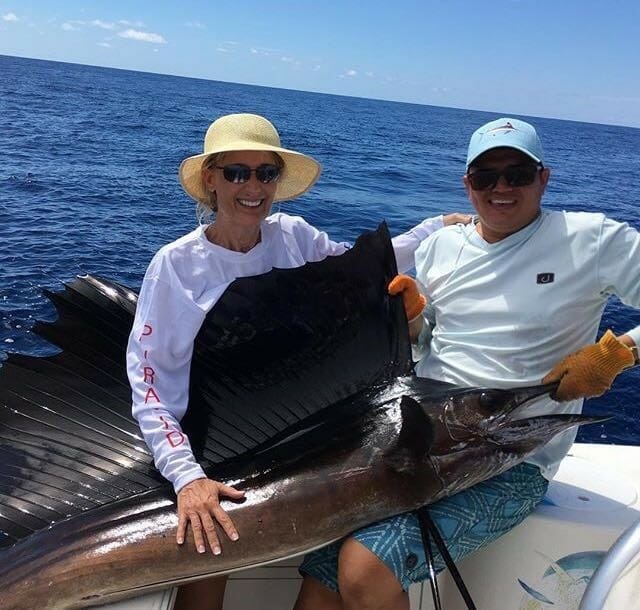 All rental boats are operated by experienced bilingual captains and they know where to fish and how to make your day unforgettable.Everyone in your group will surely have a great experience, whether fishing for the first time or for the umpteenth time. Sport fishing is an excellent way to immerse yourself in the ocean, enjoy beautiful Costa Rica and spend time with friends.