Costa Rica is famous for water sports of all kinds and a popular holiday destination for people of all ages; especially sportfishing. The country is situated between Panama in the south and Nicaragua in the north and sandwiched between the Pacific Ocean on one side and the warm Caribbean Sea on the other. Between these two bodies of water and several inland bodies, it is no wonder one of the most popular reasons to visit Costa Rica is sport fishing.

The Fish of Costa Rica

Fishermen flock to this area of the world in order to catch big species, booking sportfishing charters with experienced guides who help them locate the kinds of fish you don’t want to hook from a kayak. They include big tuna, snapper, and marlin; sailfish, wahoo, and bass. Of course, some of these catches will be small but you throw those back so they can grow bigger. Come back the following year when they are worth hauling in.

The species above are usually found on either the west or the east side of the country, although there are varieties that do not discriminate and some found inland as well. Rainbow bass is an example. The wahoo, rooster, and sailfish are western fish. You also find dorado, snapper, and marlin on the western side. To the east, snook, mackerel, and tarpon are common but Dorado is found here too. 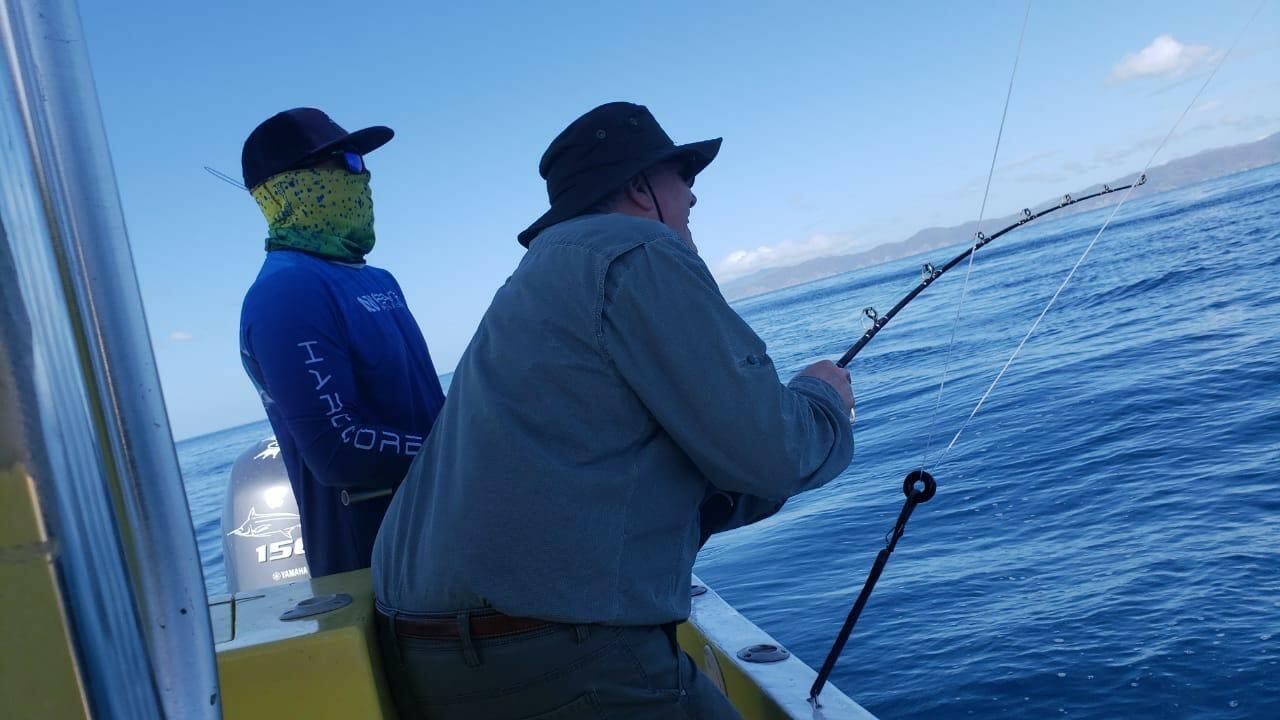 A Better Breakdown For Sport Fishing In Costa Rica

If you are looking for a specific type of fish, this breakdown should help you select the area you want to search in. Tour operators and charter fishing companies will be of even greater help. Many of them are run by Americans, so it’s okay if you only speak English.

“Playa” means “beach” and several of the fish above populate the Playa Flamingo, on the country’s western or Pacific shore. If you are searching for roosterfish, dorado, sailfish, tuna, or snapper, you have found your spot. This is a good all-around location when fishermen are unsure of what they hope to catch except that it should be big.

Fishing maps of the country indicate that several of these species are also present between Carrillo and Tamarindo. Head quite a bit further south to Jaco for another charter location, and further still to the Drake Bay Region to catch almost everything there is to catch in Costa Rica, including snook which is generally prominent on the Caribbean side.

Similar types of fish tug at your line whether you fish from Tortuguero, Limon, or Cahuita: snook, mackerel, and tarpon mostly but also a few dorados. If your goal is to catch rainbow bass, hook up with a guide who takes tourists to the Cano Negro or Lake Arenal. Snook, a versatile species, also populates the San Juan River which empties into the Caribbean Sea. Hopefully, this helps you plan your Costa Rica Sport Fishing trip!