Billfishing in Costa Rica is all about marlin fishing and sail fishing in the Pacific, and to a less extent, but surely not less successful in the Atlantic. 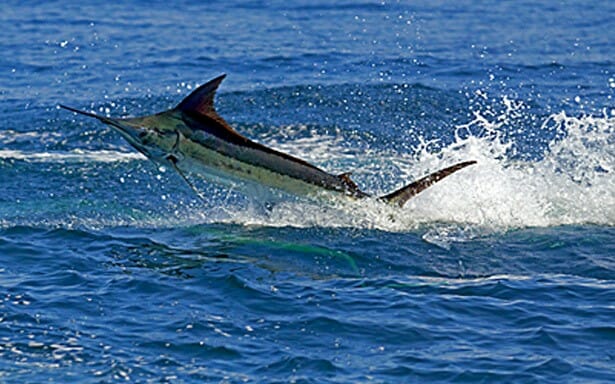 There some formal marinas and smaller boat parking facilities where offshore fishing in Costa Rica starts for many traveling Anglers. Marlin fishing and Sailfishing is on the menu, and many highly skilled crews compete against each other for reservations and fishing grounds.

Costa Rica billfishing is a big business and on the rise. Charter size and availability cover every range possible.

Catch and Release is the standard bill fishing practice. 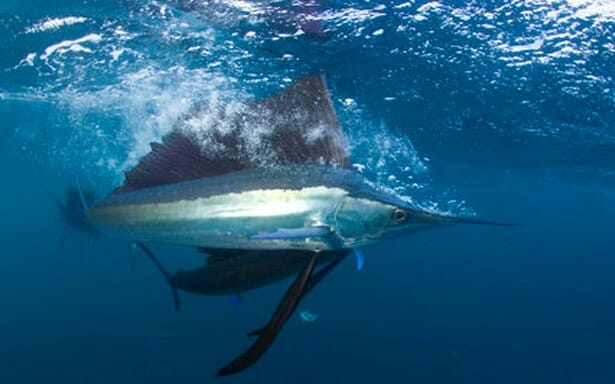 Anyone can fish a big billfish in Costa Rica, expert marlin and sailfish guides will help.
Marlin fishing in Costa Rica takes place mostly in the Pacific. Blue, Black and Striped Marlin can be taken all year round going further out the usual during the slow months. High season starts around September and kicks off from November through March, sometimes extending well into May.

Marlin fishing in Costa Rica is done mostly trolling a combination of surface baits, be it live/dead ballyhoo or lures. Many marlin fishing guides are now using the bait and switch method to increase hook up and to catch and release percentages.

Sailfishing can also be done throughout the year, with peaks in August u0026amp; September and then again from December through April, sometimes even May. The fish move from south to north all along Costa Rica ‘s Pacific coast, so it’s just a matter of home base location for a good offshore fishing trip.

Be on your guard at all times, when bill fishing these waters there is a high chance that other predators might hit your lures like big yellowfin or big eye tunas, lighting fast, tree big wahoo, sun shining – bull fighting mahi-mahi and who knows what other big predators lurk a bite away.